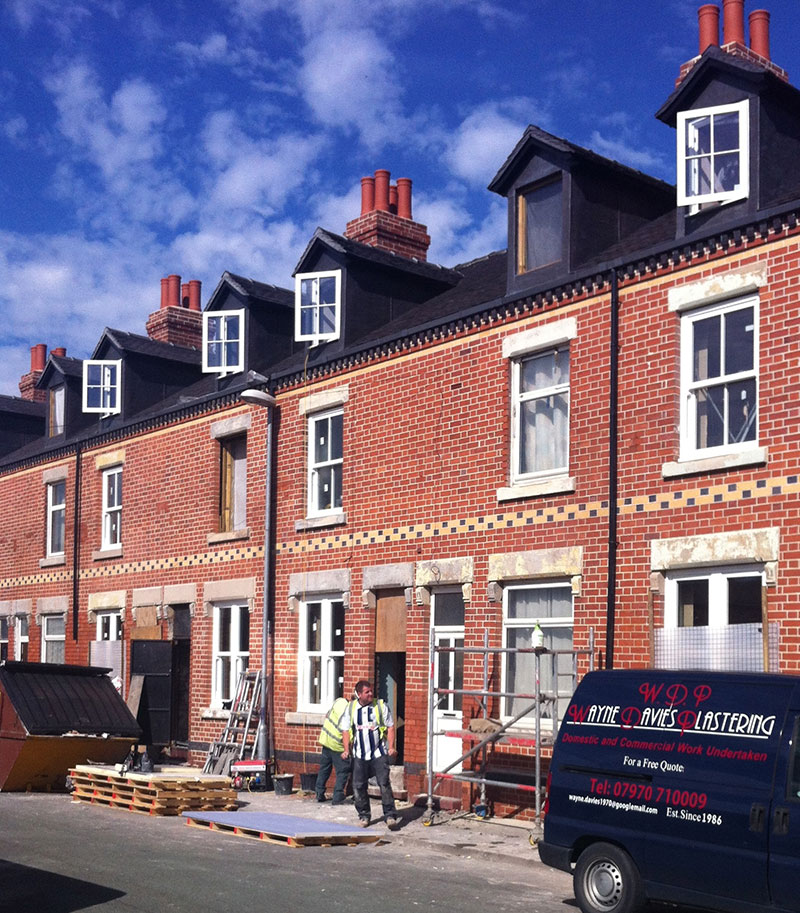 To help understand the impact of new energy efficiency measures on the thermal performance of older properties, the Society for the Protection of Ancient Buildings (SPAB) has been conducting research into the Government's 'Green Deal'. But it hasn't just focused on castles and stately homes as you might expect, it has been looking at more humble homes too.

So when Lime Green fitted a Warmshell insulation system to a two-bed terraced property in Shropshire, SPAB were interested in monitoring the results.

To meet conservation requirements, the system was easily fitted to the internal face of the exterior walls. All that was required was for the existing wallpaper to be removed and the system's 40mm thick wood fibre insulation boards to be cut to size and fixed to the brickwork. A single layer of Lime Green's one coat lime plaster, Solo, was then applied to the board.

As part of the research sensors and probes were positioned throughout the wall to capture all of the relevant data. A sample of these on-going tests are displayed below. Much of the information gathered from the dozens of traditional buildings examined contradicts current assumtions. Conventional methods of calculating the condensation risks would have the lines below converging, creating condensation and damp within the wall. Using Lime Green's Warmshell insulation system of breathable insulation and lime plasters avoids this.

These findings make interesting reading for anyone who is trying to differentiate between the merits of one insulation system over another, when many claims are made for systems based on synthetic materials.

SPAB's reports into the energy efficiency of buildings are available free and can be downloaded from http://www.spab.org.uk/advice/energy-efficiency/

For a more technical approach that shows the dynamic data for moisture in the walls, go to http://www.archimetrics.co.uk/