Much Wenlock is a beautiful historic town in Shropshire, perhaps best known for being the birthplace of the modern Olympics.

Full of gorgeous period properties and with space at a premium, when an opportunity arose for Sandra and her partner Mike to build on a plot in the centre of the town, they leapt at the chance to create their very own dream cottage from scratch.

The site was relatively tight and, with a narrow drive as the only means of access, building on the site was potentially challenging. To avoid the noise and disruption of a constant stream of lorries delivering heavy building materials, the couple opted for a timber framed construction, to be built and customised offsite by manufacturer Taylor Lane.

Keen that the cottage should blend in as much as possible, they chose Lime Green products for the surface render and, whilst consulting us on what products to use, Sandra and Mike discovered that our highly effective insulation system - Warmshell – would be perfect for their new build.

Consisting of a unique combination of wood fibre boards and special lime render, Warmshell works by enveloping timber frame structures in a complete layer of rigid insulation with minimal air gaps, or ‘thermal bridges’, across which cold can travel inwards. However, because Warmshell leaves walls breathable, damaging moisture won’t get trapped in the structure and a healthier environment will be created inside. 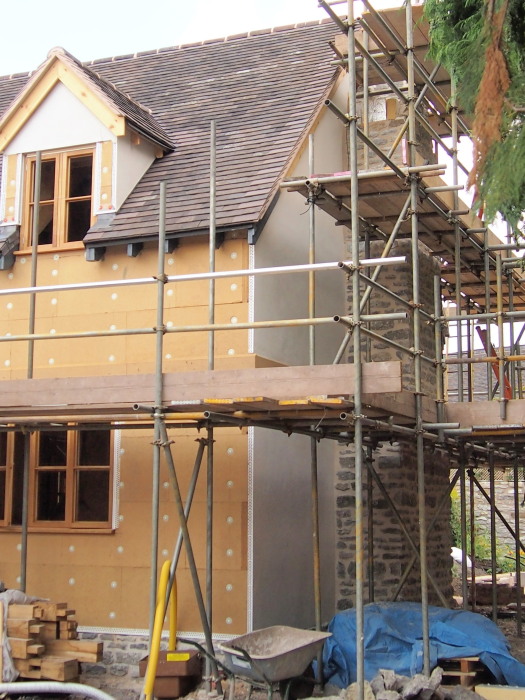 For Taylor Lane, who were also responsible for on site installation, using Warmshell meant only one small adaptation to their normal way of working. Rather than fitting sheathing to the outside of the frame as they normally would, they fixed the boards onto the inside instead. The joints between sheathing sheets were then taped to create what was effectively an airtight box within the timber frame.

Small holes were then drilled into the sheathing through which loose wood fibre insulation was blown under pressure to completely fill the void and every potential air gap in the wall. The cottage now had, in effect, solid walls of wood that were both incredibly strong and provided high levels of insulation.

On the exterior walls, Lime Green base render was applied to the Warmshell boards, with a glass fibre reinforcing mesh worked into it. The walls were then completed with a top coat of Lime Green Natural Finish self-coloured render.

While Sandra and Mike hadn’t specified a highly energy efficient home, when tested for airtightness, they found that their cottage leaked just 3m³ per hour, much less than the 10m³ per hour that Building Regulations demand.

Not surprisingly, the underfloor heating is only needed a few times in winter, which means that the couple not only have the dream cottage they were looking for, but also a very energy efficient – and cost effective - home. 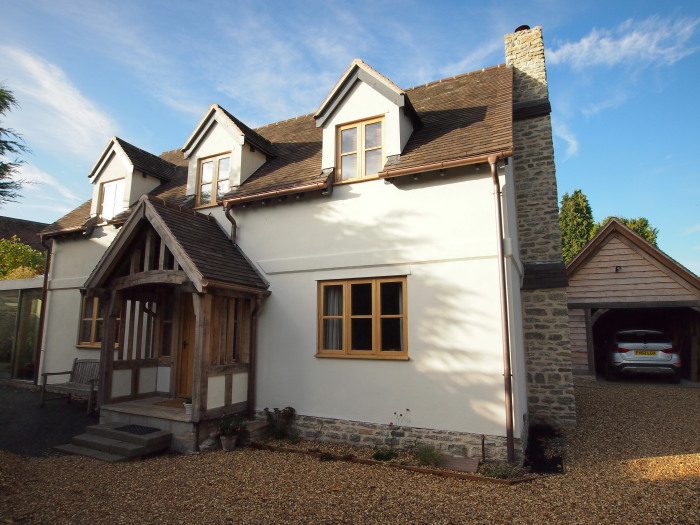