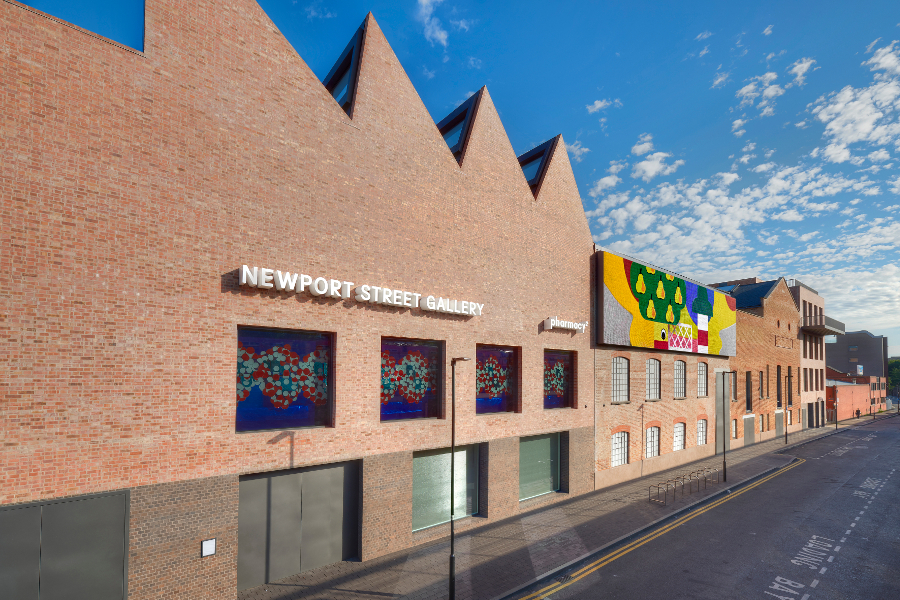 nting. Forming the whole length of the street, the gallery, designed by the Caruso St John Architects team, comprises three listed Victorian buildings flanked at either end by new builds. The floors within the buildings are continuous allowing them to be used flexibly to accommodate large and smaller exhibitions.

Simon Ayres said: “The Newport Street Gallery is a truly bold and ambitious project and we’re really pleased that the team behind the innovative design have deservedly won this prestigious award. We’re delighted that our lime mortars – produced in Shropshire - are a permanent part of this fantastic gallery.”

Jane Duncan, president of the Royal Institute of British Architects (Riba), praised Hirst for making "an exceptional contribution to the UK's strong history of private patronage of architecture". She said: "Not only has Damien opened up his enviable private art collection to the world, but he has commissioned a real work of art to house it in.” Hirst said the gallery had "realised [his] ambition to create an unobtrusive and beautiful series of buildings that work perfectly as a space to exhibit great art.

Lime Green’s natural lime mortars, produced in a Site of Special Scientific Interest in an old quarry on Wenlock Edge in Shropshire, were used in a variety of colours and grades for the spiral staircase and external brickwork. The judges for the award praised the approach to conservation on the project, marrying the host older terraces and the new buildings and called the staircases, for which Lime Green’s Natural Lime Mortar was used, “outrageously virtuosic”. They also praised the “strong sense of traditional craftsmanship using contemporary technologies,” something the Lime Green team are also passionate about. The same mortar was also used for building and pointing, in different colours outside (to match existing mortar) and inside (to match the bricks in the staircase).

The RIBA Stirling Prize 2016 was announced last week, Thursday 6th October, at a prize giving ceremony in London. Many thanks to Victor Mara and Prudence Cumings Associates for these wonderful images.