“Sustainability, safety and strength were key for us when carrying out the remedial works at the Globe Theatre,” says Deborah McGhee, head of building operations at Shakespeare’s Globe.

The current Globe Theatre is the third structure to exist on the premises, located in Southwark. The site carries a turbulent history, with the two preceding structures being destroyed.

The first structure was constructed in 1599, lasting for only 14 years, before it was consumed by fire. The second theatre was constructed directly after the fire, but the closure of all theatres in 1644 led to its subsequent demolition.

The site then remained empty until 1997, when the present Globe Theatre was created.

The circumference of the landmark stretches over approximately 3,000 ft, built using both traditional techniques and materials. The structure required around 250 tonnes of lime mortar and features the first thatched roof London has seen since 1666.

A need for improvement

It was integral for the Globe to ensure that the building would remain safe and be able to handle the degradation associated with age, meaning an assessment of the lime plasterwork was required. The job was particularly challenging, due to the vast amount of individual lime panels that had to be inspected, amounting to near 2,000.

Artisan Plastercraft, a plaster restoration and conservation specialist, was commissioned to take on this task and carry out inspections and advise on the necessary remedial works. 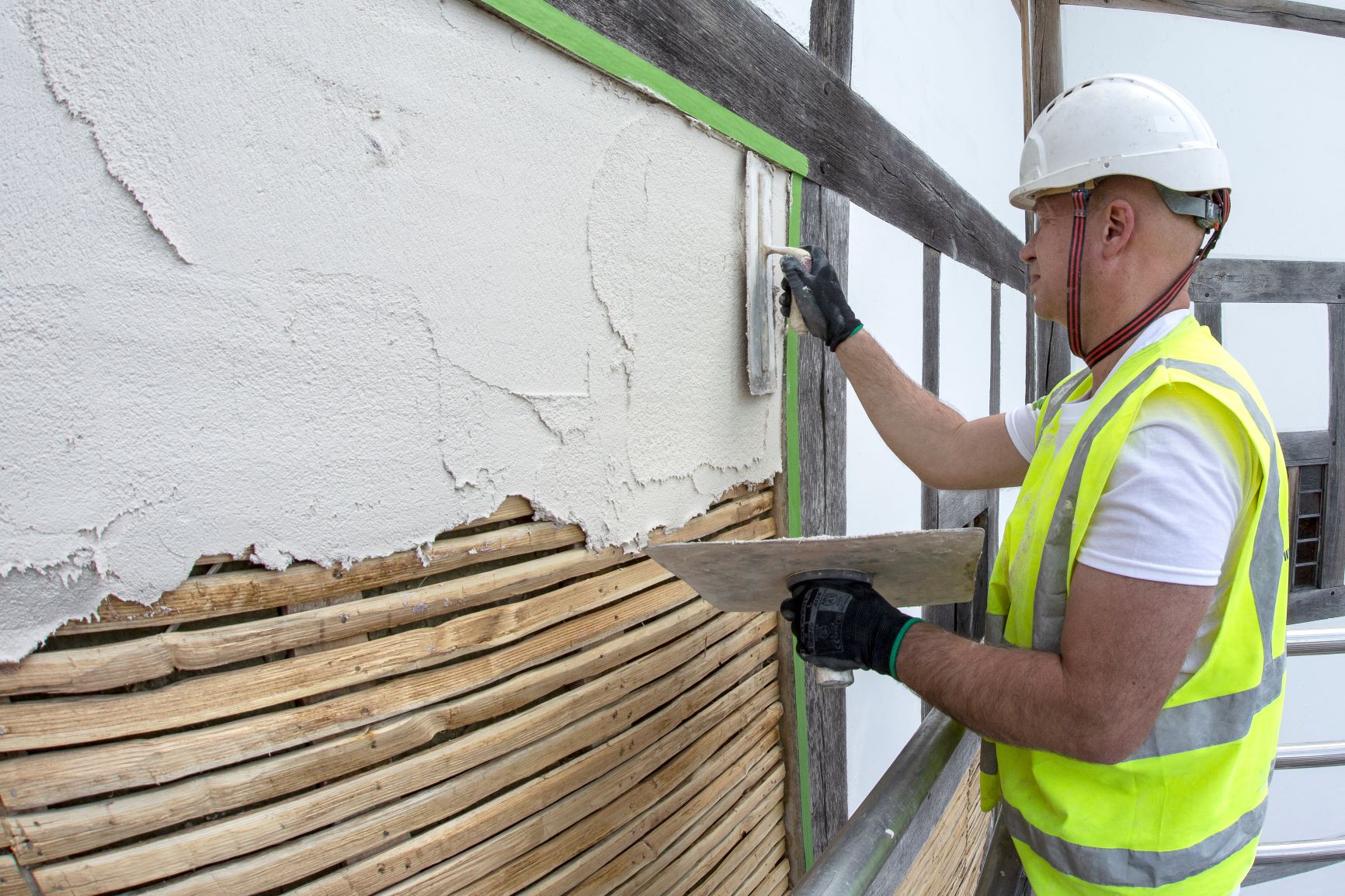 As part of Artisan Plastercraft’s full survey of the building in August 2019, each panel’s condition was assessed and documented.135 panels were identified as being defective and requiring replacement.

“To us, it was important that traditional and sustainable building methods were used throughout the remedial works,” says Deborah.

“We had used Lime Green’s products previously, and continue to work closely with the company to ensure we have access to the highest quality and most suitable materials for any given job,” says Russell Brewis, head of marketing at Artisan Plastercraft.

Lime Green’s Ultra and Lux renders were selected as the materials to be used to replace the defective panels.

The replacement method involved removing existing laths and lime plaster from the panels. This was then replaced by new hand riven laths, which were coated three times with lime plaster. This was then finished by being treated with a Tallow lime wash.

“After visiting Lime Green’s site and seeing how it operates, we were more than happy to use their materials for the remedial works. It is a very impressive facility,” says Deborah.

The Globe is usually only closed for one day of the year, making it logistically difficult for construction to take place. This is especially true for the implementation of lime plaster, which requires specific conditions to be applied successfully.

The recent pandemic gave the Globe an opportunity to carry out the important remedial work, as the premises was closed for an extended period of time. 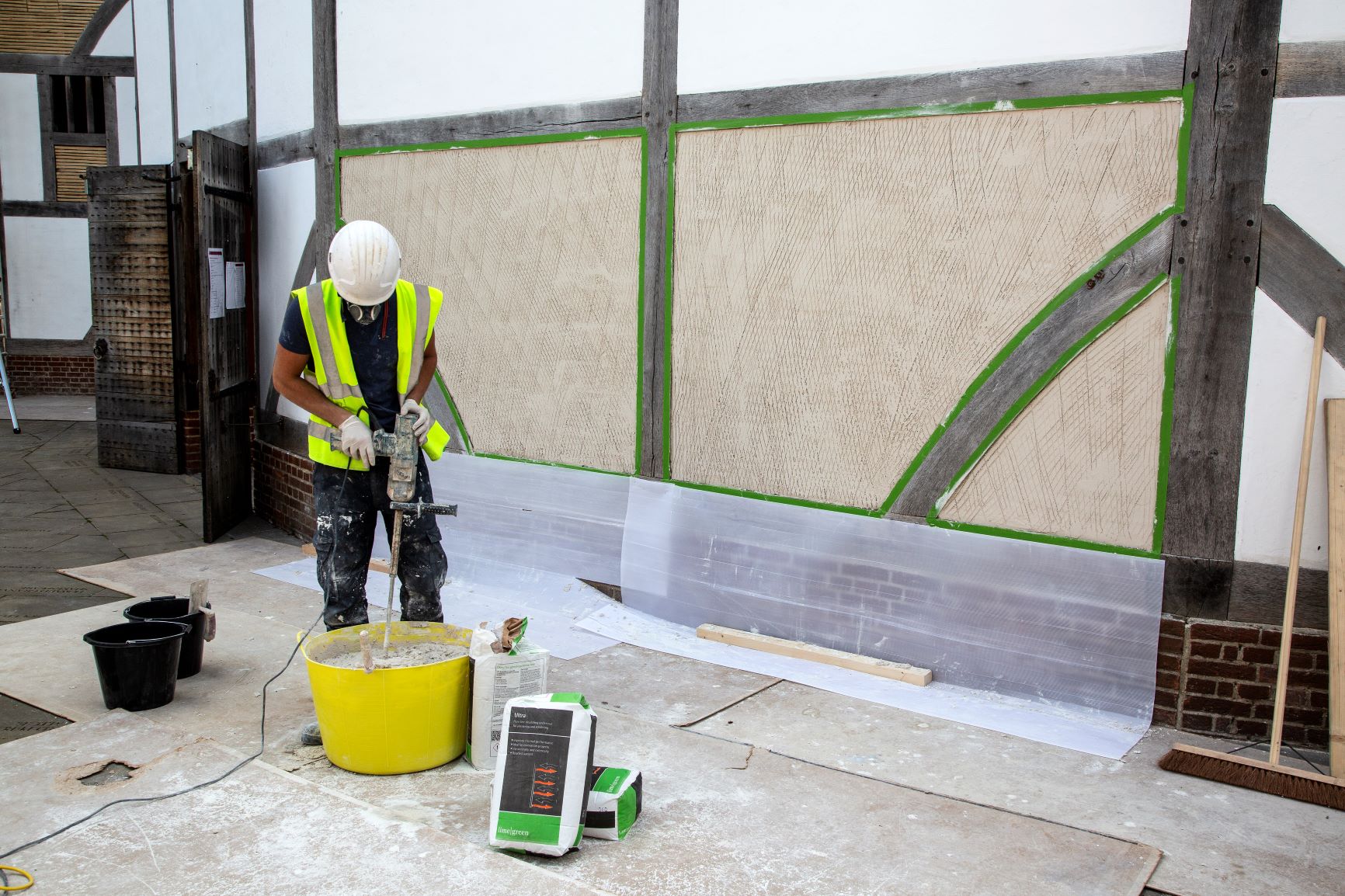 “We wanted to use a product which is traditional, yet environmentally friendly, and really stands the test of time. Lime Green Ultra achieves exactly that,” says Deborah.

The Globe Theatre’s location, on the bank of the Thames, means the building is subject to a lot of movement. The Ultra and Lux renders benefit from flexibility, allowing for this movement, and the water repellence provides protection against weathering.

“The finish looks great and it appears to be a really easy product to work with, seeing it being expertly applied by Artisan Plastercraft. We’re incredibly pleased with the results so far and would absolutely recommend Lime Green’s products to others,” concludes Deborah.

“Working with the Artisan team and Deborah at the Globe Theatre is a real pleasure. It’s great to be involved in a project with people who share the same beliefs as we do around the importance of sustainable, traditional building methods,” says Simon Ayres, co-founder and managing director at Lime Green Products Ltd.

“We were really happy with the workability of Lime Green’s products. The pre-mixed bags are quick and easy to work with,” says Russell. “Thanks to the durability and longevity of the products, a high level of insulation can be maintained for years to come.”

For more information on the products used within this project, get in touch or call 01952 728611. 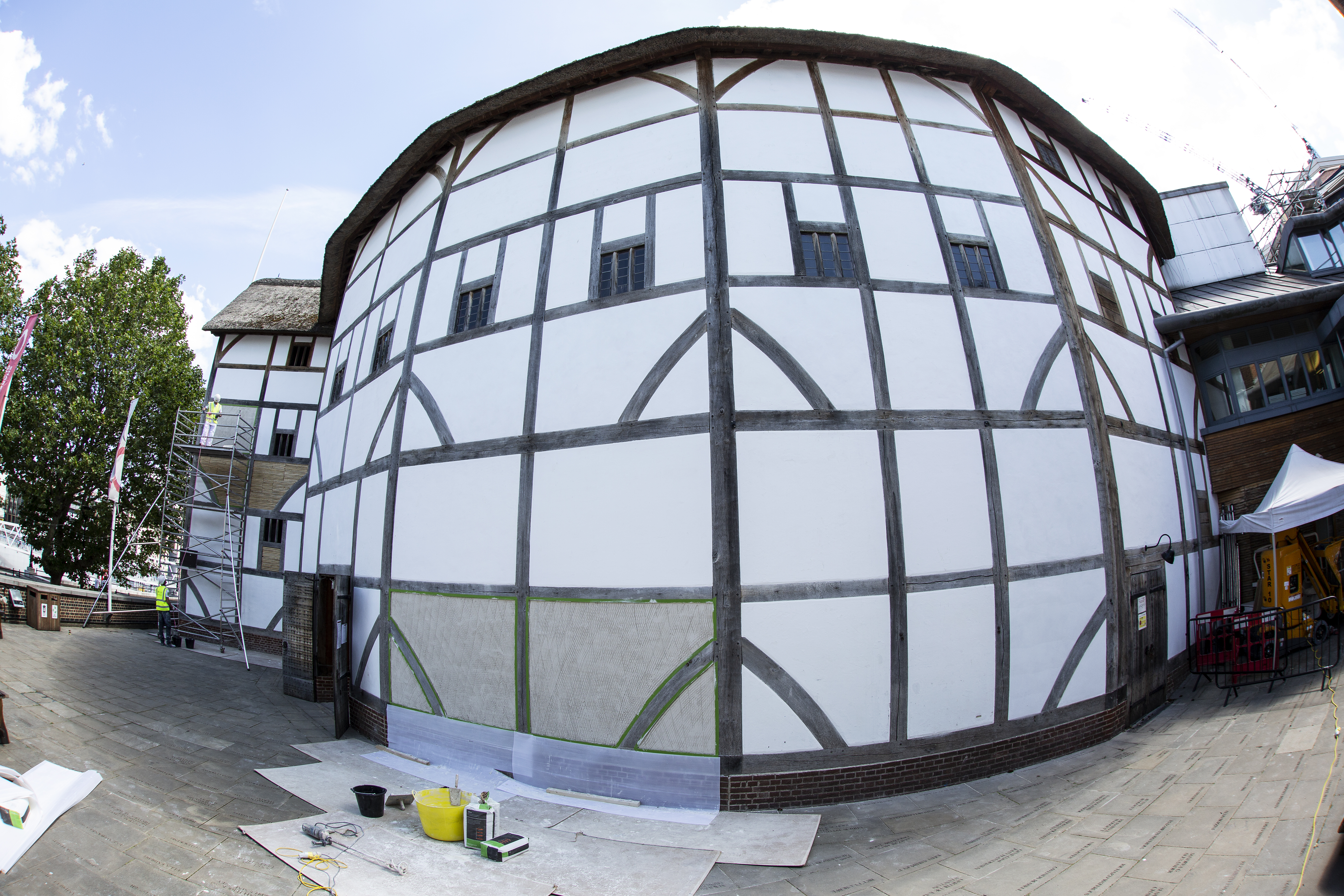